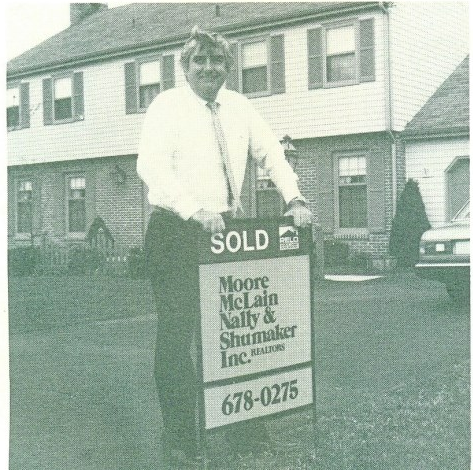 We are deeply saddened to announce the passing of Thomas E. Nally '56 into Chapter Eternal. We would like to extend our deepest sympathies to Thomas' family, friends, and loved ones.

Source Courtesy of The Legacy

Thomas E. Nally, Sr. Thomas E. Nally, Sr., 88, formerly of Wyomissing, passed away on November 3, 2020, at The Mifflin Center. Born in Reading, he was a son of the late Martin A. and Elizabeth (Kiernan) Nally. Thomas graduated from Reading High School in 1949 before serving in the U.S. Army in Korea during the Korean Conflict. He then went on to earn his bachelor’s degree in economics from Penn State University in 1956 while being a brother in the Sigma Chi Fraternity. In 1959 on October 3, he married the love of his life, Joann C. “Dodie” Nolan, at Sacred Heart Roman Catholic Church in West Reading, where they were both members. They moved into their first home in West Reading, before moving to Wyomissing as their family quickly grew. He worked at Penn Optical until a close friend, Bill Parks, convinced him to work for Wertz, Hoffman and Parks Realtors. In 1972, with friends Robert Moore, William McLain and Earl Shumaker, Thomas helped form Moore, McLain, Nally and Shumaker Inc. Realtors. The company represented the builder of the Drexelwood Development in Spring Twp., which was one of the first major home building developments in the area during the mid 1970’s. He wasn’t all work though, as he enjoyed going to the beach on many family vacations to Stone Harbor, NJ, as well as being an avid Penn State fan. Thomas was a long time member and former board member of the Berkshire Country Club and the YR Club. He also organized and ran “The Big Silver’s” memorial football pool for several decades and volunteered for Meals on Wheels. Thomas was preceded in death by his wife, JoAnn who passed away on November 16 2005, as well as his brothers: Jack, Robert and Richard Nally. He is survived by his four children: Thomas E., Jr., (Rebecca) of Sinking Spring; Patrick N., (fiancé Sandra Staron), of West Wyomissing; Kathleen “Katie” (Ralph Knerr), of Wernersville; and Michael D. of Wyomissing. He was also a loving Pop Pop to three grandchildren: Caroline, Zachary, and A.J., and two great-grandchildren. The family would like to thank everyone at The Mifflin Center, especially the staff of wing 300 for taking such good care of our dad. A Mass of Christian Burial will be celebrated Monday, November 9, 2020, at 10 a.m. at Sacred Heart RCC, West Reading with interment at Gethsemane Mausoleum to immediately follow. In lieu of flowers, contributions may be made to . Edward J. Kuhn Funeral Home, Inc., West Reading is honored to assist the Nally family. Condolences may be expressed at www.kuhnfuneralhomes.com.