Craig Mayer ’68: The tradition of being part of something worthy is something I will always remember 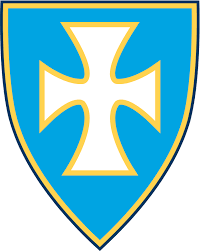 Craig Mayer ’68 (juniatacamp@gmail.com) looks back on his time at Sigma Chi and discusses why he chooses to give back.

“I lived in West Halls, which was basically across the street from the Sigma Nu and Sigma Chi houses. At the time in 1964-65, Sigma Chi had several of the University wrestlers and I was trying out for the team. That drew me to the House.”

Mayer chose Sigma Chi because of the integrity and values of the organization. “The house always participated in University and inter-fraternity events and just seemed a solid organization in terms of managing itself and having responsible members while still thoroughly enjoying the college life in the tumultuous times of the sixties.

“All three years of being a part of the Sigma Chi house on Burrowes road from the spring of 1965 to the summer of 1968 were filled with best memories. I think the tradition of brotherhood and being part of something worthy with high ideals is something I always remember and feel.”

The values that he learned while a part of Sigma Chi still stick with him today. “I think it cultivated and cemented the character trait of loyalty. Loyalty to each other as brothers and loyalty to the ideals Sigma Chi stood for and taught and promoted. Being grounded in worthy principles and being faithful to them is essential for success in one’s life.”

Mayer gives back because of “a sense of responsibility to others and, indeed, recognition of how privileged I was to have had the wonderful life-shaping experiences I did at Penn State, most of which can be attributed to Sigma Chi.

He believes that if more alumni give back, “we can help other young men to benefit from the shared and formative experience of being a Sigma Chi.”

Without Sigma Chi, I wouldn’t have all the great memories I have of my days at the University, and now, in my 75th year, the golfing trash talk I and about ten other brothers from the sixties share once a week at various golf courses in the Philadelphia Area.