The education you can’t pay for: Andy Gildersleeve ’68 looks back on how Sigma Chi impacted his life for good 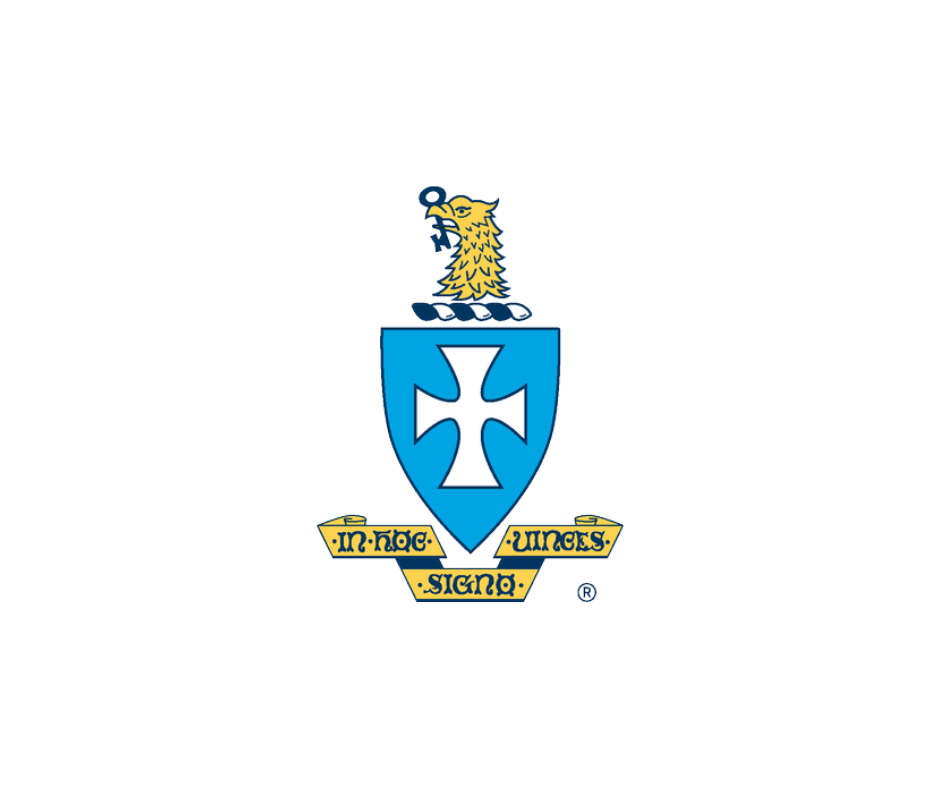 Andy Gildersleeve ’68 (gldrslv@zoominternet.net) wasn’t planning on joining Sigma Chi. He stepped onto Penn State’s campus from a small-town rural background with few real social skills. Gildersleeve quickly found an encouraging brotherhood in Sigma Chi and a chance to learn real-life leadership, business, and social skills. Here’s how Sigma Chi impacted his life and led him back to the fraternity again and again.

Gildersleeve stumbled across Sigma Chi through an enthusiastic story from a friend. “I was not intending to rush at all. The fellow who lived across the hall from me, Tom Borthwick ’67, had gone to a Sigma Chi rush event and came back and recommended it to me enthusiastically. Had it not been for him I might not have even rushed.”

Though he wasn’t sure at first, once he came in contact with Sigma Chi members Gildersleeve knew it was the right place for him. “I was genuinely impressed by the men that I met during the rush process, and at that time only six of the fifty-four fraternities were on campus. The on-campus location was a big deal for me! I had been schlepping a mile across campus for a year and I was getting tired of it. Being in the engineering program, Sigma Chi’s house was very close to my classes.”

For him, his time at Sigma Chi was about becoming a well-rounded individual in every aspect of life. “I was fully immersed academically, but I needed the social side. I was sometimes booked for more class periods than there were periods! You can show up at your first interview with a great transcript, but you need to be able to sell yourself from a personality perspective.”

“I would not have succeeded nearly as well without Sigma Chi. It was a good mix of academic and social activities. I grew up on a dairy farm in Mercer County, PA, and I was the oldest child of parents who hadn’t gone to college. Going to Penn State was like diving into the deep end of the pool. I needed a place to fit in, and Sigma Chi was definitely the right place.” 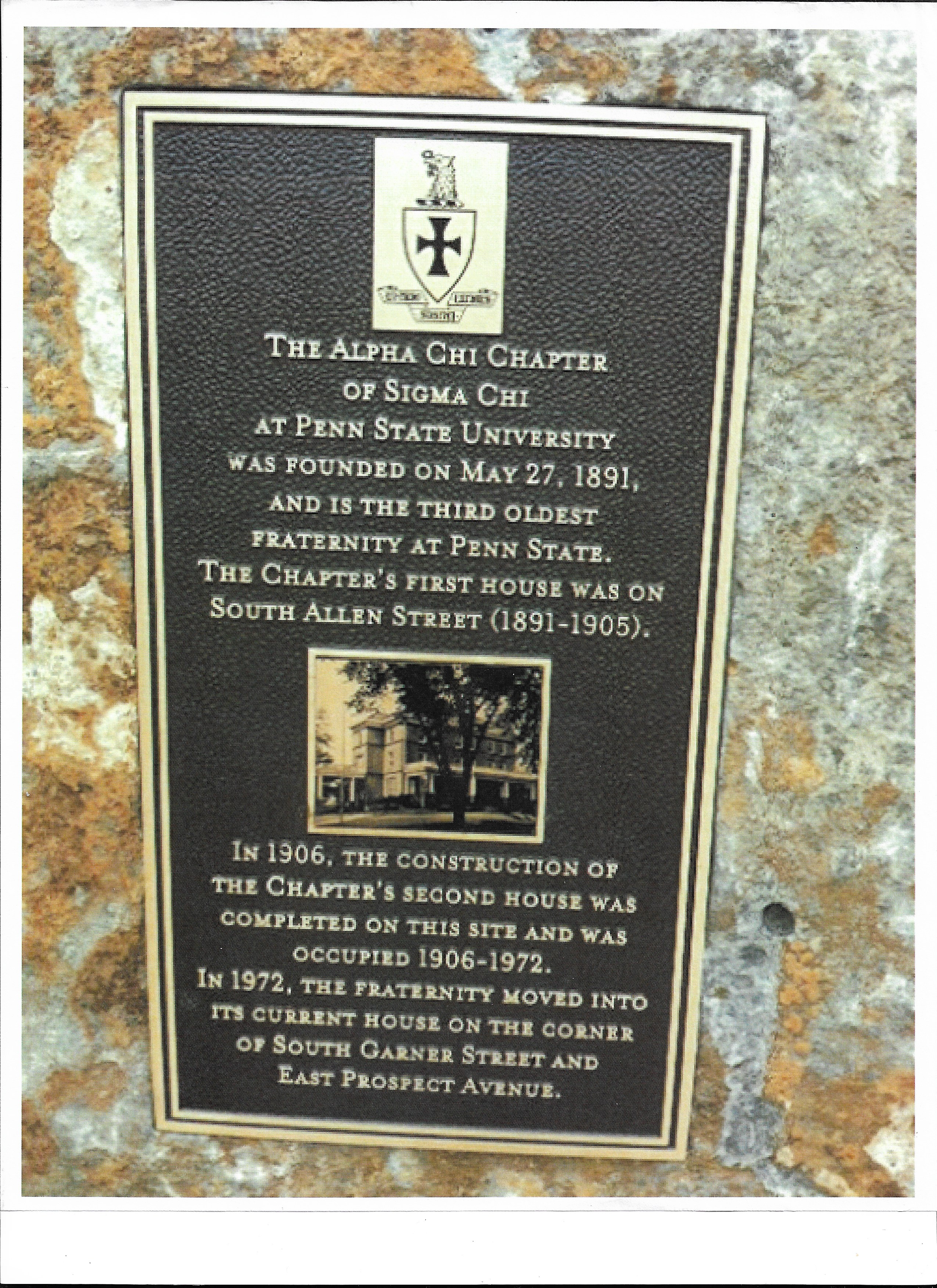 The plaque commemorating the site of the on-campus Sigma Chi house at the corner of North Burrows and Pollock Road.

Gildersleeve was very involved in Sigma Chi during his time in the house, serving twice as an officer. “At the time our house did not have a house corporation, so we were tasked with paying taxes, insurance, utilities, and operating the physical plant. Those were all learning experiences on the social side. I was a left-brained engineer, so I was developing business skills by being an officer in a fraternity that had no alumni supervision.”

Gildersleeve’s most memorable moment in the house was not an immediately positive one. Everything came crashing down for Sigma Chi when the fraternity house next door tragically caught fire and burned to the ground, taking the life of the house mother. Gildersleeve was in between classes when the tragedy occurred so he witnessed the trauma firsthand. Sigma Chi stepped up to help the neighboring fraternity and provided housing for many of their brothers from the destroyed house until they could make other arrangements. A government investigation into the disaster led the Sigma Chi house to be condemned as it unable to be brought up to code.

The unthinkable event of that day led Sigma Chi to seek new beginnings. “We had to search for a new house because of the disaster. It all led to the formation of a house corporation in order to purchase the new house and get a mortgage, so in the end we had a new facility, we were able to recruit better and ultimately be more successful. It was a shocking event but it ultimately got us to the place we needed to be.”

Through the years, Gildersleeve has been an active alum of Sigma Chi. He has served in many positions, from being one of six signators on the mortgage of the new fraternity house to leading the house corporation as president. One of his favorite alumni events is the golf tournament every spring, which can draw well over a hundred alumni to participate and is much more accessible than traditional events like Homecoming.

With the benefit of retrospect and the perspective brought by experience, Gildersleeve is grateful for his days at Sigma Chi. “Having been exposed to Sigma Chi at the national and international level, I see now that it’s head and shoulders above most fraternities, which is the icing on the cake. I couldn’t have fallen into a better situation than I did.”

Without Sigma Chi, I wouldn’t have been as successful in my career.